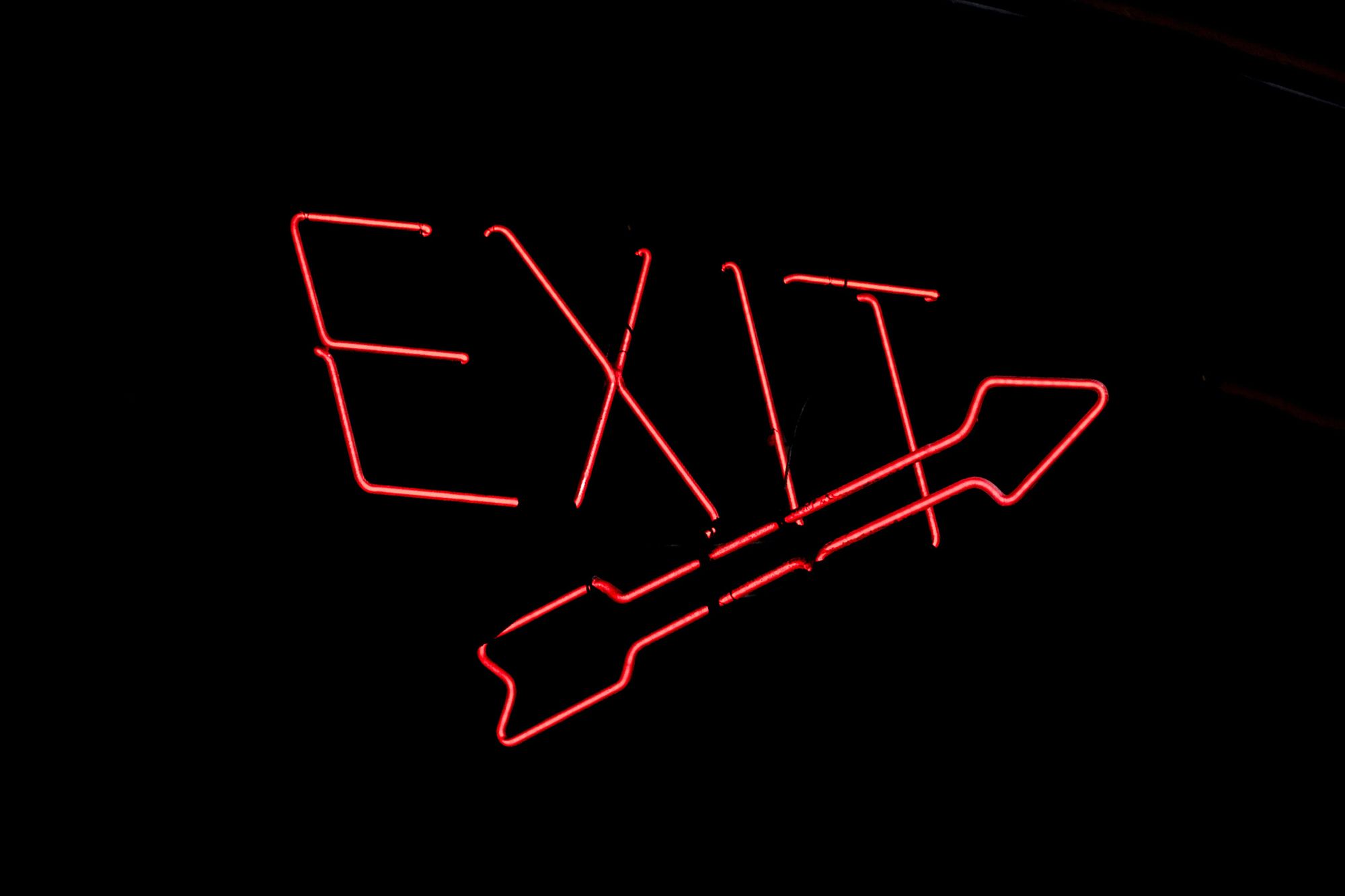 "How do you know when is the time to resign and leave from a company?" was someone asking in a tweet recently and I left a reply saying that "is similar to knowing when to leave from a relationship".

Because in many aspects, I do believe that these two relations are quite similar and from both, you decide to leave when "you had had enough" or when you're having a better offer - when something or someone better got your attention.

During my time spent working as a manager, I was lucky enough not to have to deal with resignations too often. But when I did, it wasn't the happiest moment and that was because I felt I was "losing" valuable people.

When someone from your team is asking if you've got 2 minutes to talk, your mind usually starts spinning, finding the best things to say, as the first thing that comes to your mind is "oh boy, something is wrong".

There are cases when a resignation might get you completely by surprise, what I do recommend is to have constant check-ups with your employees, 1:1's, just to be sure you're on track with their struggles, frustrations or wishes.

Here are some things NOT to say nor to do when your employee is presenting his/her resignation.

You don't take it serious

When your employee is presenting his/her resignation, don't take it as a joke and don't wait for your employee to change his/her mind. He probably won't, and the break up can become more unpleasant because of your lack of professionalism.

You're playing the "mocking boss"

But what's the "mocking boss"? I have heard different stories from my friends about that kind of boss who's asking what financial offer have you received and starts making jokes about how easy and fast have you sold yourself.

In many cases is not just about the money and would be more helpful for you as a manager to understand your employee's reasons for resigning rather than mocking him/her.

You're trying to flatter your employee

Well, don't try to flatter your employee when s/he is resigning, but instead, try to value that person during the whole period s/he is working for you. Listen to what they're struggling with, listen to what are their wishes, goals, professional and financial desires and do whatever you can do to make them happy (if you consider they really deserve it).

Don't leave the rewards to the end when there's more likely to be refused by your employee.

When one of your employees is giving you the news about the resignation, don't tell him/her not to say a word to the other colleagues, just to give you the time to sort out things or to avoid creating rumors inside your team.

If you do think you can change the decision of resignation, you can ask the employee to give you a day or so to see what you can do for him/her and tell him/her you'll come back with news as soon as possible.

If you're having a trustful relation with your employees, you're most probably going to hear the real reasons (or at least a part of them) of why your employee decided to resign.

Even if you don't agree with the reasons presented or you have another opinion or view over the things, try to empathise and to understand the resignation reasons and to help the employee understand your point. Avoid making a polemic.

You make it personal

When someone from your team decides to resign, you as a manager, usually get intro troubles, so to say.

And that's because you're suddendly facing new problems - find a substitute to do the job done by the employee who is resigning, explain to the higher management why the retention process did not work properly, and if you are lucky enough, to open a new position and start recruiting again. Or start working on making the case and convince the management team that you need a new hire.

Having these in mind, it's easy to fall on the sleepery slope and ask the employee who's resigning "what are you doing to me?",  making him/her responsible for your future challenges.

It is your responsibility as a manager to sort the things out, but keep in mind, the resignation is not about you, it's about giving support and understanding for the one who's resigning, and after that, finding the proper solutions to move on.

You take it personal

I left this one on purpose at the end. It's hard not to take it personally, right?

Well, it is, and that's because we read everywhere that an employee usually resigns because of his/her manager not because of the organization itself. Which is true.

Maybe you are indeed in the scenario when the employee dislikes to work for you as a manager, but not as a human being. You can use that to see if there are any things or skills that need to be improved on your side as a manager.

What to do though when one of your employees decide to resign?

The decision of leaving a company is usually not taken spontaneously, but it takes a while for you as an employee to acknowledge all the things that make you wish going somewhere else.

Looking for new opportunities is a good thing when we think the current context is not fulfilling us anymore.

For writing this article, I got inspired by having lot of talks with friends, ex-colleagues who resigned from their jobs and did not get the support or the words they were expecting.

Thank you all for your help!